« An Early Morning Eclipse
Closest Stars to the Sun » 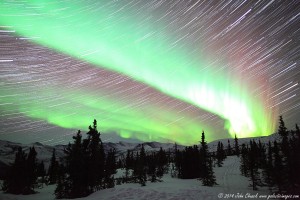 All amateur astronomers have a wish list of objects they would like to observe. When they first start observing, the list is modest, with objects such as the moons of Jupiter, the rings of Saturn, craters on the Moon, the Andromeda Galaxy, the Orion Nebula, and so forth.

By this point in my life, I have seen these objects multiple times. They are beautiful and always worth a look, but they certainly wouldn’t be something to put on my wish list anymore. My current wish list is a bit more exotic. Some of the items I have seen but want to see again, while others I haven’t seen and still others I will never see. But they make my wish list nonetheless.

• Bright supernova –While stellar explosions occur regularly in space, a bright-as-day supernova is extremely rare. SN1987a, which happened in 1987 (as you may have guessed), was a supernova that could easily be seen at night as it reached magnitude 3, but it wasn’t a daylight supernova. It also was in the Southern Hemisphere, so I missed it. The Crab Nebula in Taurus was created when a star went supernova in 1054. It was so bright it was visible in daylight for 23 days. Some of the current best candidates for a daylight supernova are Antares, Betelgeuse, and Rigel.
• Green Flash – I’ve never seen a green flash, which occurs when the sun sets and a remnant of light still appears above the horizon as a brief green flash. The flashes can also occur before sunrise, but realistically I probably won’t ever witness that. Observers with a location overlooking the ocean have better odds to see one, and I’ve looked for them the couple times I’ve visited the Florida Keys, but no luck yet. Guess I’ll have to go back.
• Great Comet – I’ve seen a fair amount of comets, with the best in my memory being Comet Hale-Bopp. I’d love to see another on that magnitude, and an as-yet-unknown bright new comet could be streaking toward us right now.
• Vivid aurora – I live above 40 degrees latitude, so I’ve seen my fair share of aurora. But I still want more. Dim green along the northern horizon is great, but I prefer multi-colored that dances over my head. A trip to Alaska may be in order.
• Meteor fireball/meteor storm – Like most of the others on my list, this one will take some luck. I’ve seen some meteors that would qualify as fireballs, but I haven’t seen one of the really big fireballs that breaks up into multiple pieces as it falls. Or better yet, one that is bright enough to be seen in daylight like the one over the Tetons in 1972. A meteor storm such as the Leonids in 1966 would also be ideal. People in places such as Texas, California, and Arizona saw around 40 meteors per second, or 144,000 per hour. This meteor storm inspired part of my dystopian young adult novel, A Different Sky.
• Southern Hemisphere Sky (LMC & SMC, among others) – Here’s a list item that some people see every night. Southern Hemisphere residents have a completely different view of the sky from those of us in the north, with the Southern Cross and the naked-eye galaxies of the Large Magellanic Cloud and Small Magellanic Cloud. Again, all I need is a little time and money for traveling. No problem, right?
• Zodiacal Light – Cross it off the list! (See my May 2014 blog.) I saw this in April 2014 on a visit to Death Valley National Park in California. Despite the fact that the sky seems large and everywhere above us, location can play a big part in whether or not we can see various observing targets.
• Meteor crashing into Earth – It doesn’t have to be a planet-ender, but how cool would it be to watch a meteor dominate the sky as it streaked overhead and then once it was safely beyond the horizon (and in an unpopulated area, in my imagination), it could strike the Earth. I wouldn’t want it to cause injuries like the Russian meteor of 2013, but then again if we are going to be wiped out by a meteor someday, I’d at least like to be able to see the show. With my luck it would be cloudy.
• Andromeda Galaxy Up Close – The Andromeda Galaxy is a beauty, and a few billion years from now it will be big and bright in our sky as it heads toward collision with the Milky Way Galaxy. Certainly the view after the collision will be spectacular, with stars pulling on other stars until our galaxies swirl into new patterns. But just seeing the Andromeda Galaxy prior to the collision, as it looms larger and larger in our sky, would be phenomenal.

Hi there. Great work with your website. You provide useful and applicable information. I would like to use some of your articles in my blog and of course I will always mention the source. In fact I’ve already done that (sorry for not asking in the first place and thanks in advance). I’ll be happy to hear your reply

Since I am not a scientist so my wish list may have some very commom things,but not for me.
1. Multicoloured Aurora
2. Quasar
3. Supernova
4. Meteor shower at night
5. Inside Black Hole
6. Black hole eating up the entire Planet